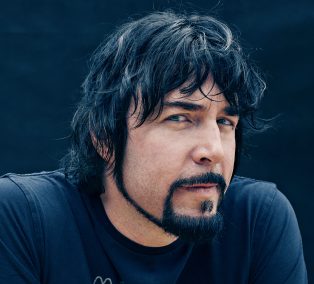 Jay Kristoff is a New York Times and international bestselling author of science fiction and fantasy. He grew up in the second most isolated capital city on earth and fled at his earliest convenience, although he’s been known to trek back for weddings of the particularly nice and funerals of the particularly wealthy. He spent most of his formative years locked in his bedroom with piles of books, or gathered around dimly-lit tables rolling polyhedral dice. Being the holder of an Arts degree, he has no education to speak of.

Jay’s new fantasy series, THE NEVERNIGHT CHRONICLE, commences with book 1, NEVERNIGHT, from St Martins Press/Thomas Dunne Books and Harper Voyager in 2016. A new YA series, LIFEL1K3 has also been acquired by Knopf/Random House Kids, and commences publication in early 2018. A new series with Amie Kaufman, THE ANDROMEDA CYCLE, begins in Fall 2018 with Knopf/Random House Kids. Jay is as surprised about all this as you are. He is represented by Josh Adams at Adams Literary.