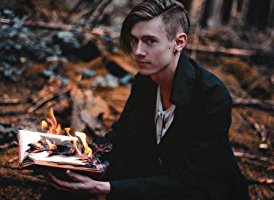 Alex is many things, but first and foremost, he’s a Sagittarius. In the past few years he’s taught circus in Amsterdam and Madrid, gotten madly lost in the Scottish wilderness, drummed with Norse shamans, and received his Masters in creative writing from Glasgow University. And that’s the abbreviated list. He is the author of many things, including The Immortal Circus, The Pale Queen, The Runebinder Chronicles, and Ravenborn (yes, all series, because his brain doesn’t condense).